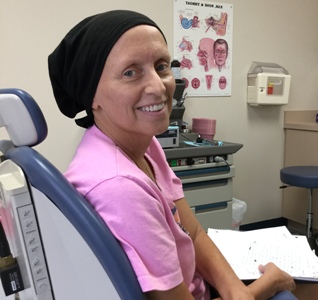 On August 3, 2015, I was diagnosed with small cell lung cancer after a doctor found and removed a tumor from my trachea. Up until that time, I was working full-time and in excellent health.

By 2016, my disease had progressed from Stage 1 to Stage 4 (or from limited to extensive, if that’s your preference).

In layman’s terms, even after chemo and radiation to my throat, I’m terminally ill. Since my initial diagnosis, I’ve been fighting to stay one step ahead of an aggressive disease that will ultimately kill me if I can’t keep it at bay until doctors  come up with a cure.

During the worst of times, a friend of mine opened a crowdfunding account to help with my medical expenses. Somewhere along the way, it disappeared. I’m now living on Social Security disability and the little bit of work I’m still able to do.

If you’d like to help me pay some of these medical bills (I don’t see a scenario under which they’ll all be payed.) and my living expenses (plus have a little fun during the short amount of time I’ve got left on this earth), anything you can send me via PayPal (jhenryrn2@att.net) would be much appreciated.

You can also help me by making a donation to the American Lung Association.